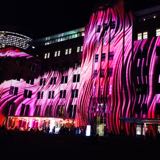 ATON 5 Gr. 0+, 0 - 13 kg, from birth up to approx. 18 months ATON 5 INFANT CAR SEAT The fifth generation of the successful infant carrier Following in the footsteps of its predecessors, e.g. the award-winning Aton 2, group 0+ test winner in the 6/2012 Stiftung Warentest child car seat test, the

Used only to charge 2 times as I lost the pump.

$269 on lazada Good for newborns up to 6 months. Fits GB cot as well as a add on Product description GB Cot To Go In combination with the Pockit+ or Qbit+, the Cot To Go offers a compact, comfortable, travel solution from day one – it turns the gb Ultra-Compact buggies Pockit+ and Qbit+ into conven

Side Table bed side table

New piece! This filter brewing iced coffee in a pitcher 15oz Phin brewing a pitcher. of iced coffee. You can use it to brew a whole pitcher of iced coffee, too. Simply place it on top of a carafe (preferably insulated) filled with ice and let the brewing coffee drip into the ice.