Singaporean and PR may apply

Made an offer, messaged to say they were sending a driver and then ghosted me. I messaged several times to follow up and eventually several days later they responded to say a family member had been sick, but I could see they’d been on Carousell multiple times and not responded. Of course I would have been flexible but all it would have taken was a quick response to let me know what was going on.

Excellent buyer. Easy and fast response. Thank you so much for your purchase. Very pleasant sale experience. 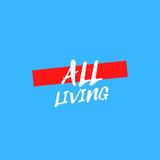 Great buyer to deal with, smooth transaction. Thank you for your purchase with us :)

This listing is inactive