The "Talking Stick" looks like a totem pole to most of us. It comes in its original pouch , created by Franklin Covey , author of the "7 Habits of Highly Effective People." He says the Talking Stick is very symbolic in many Native American cultures, and has played an integral part in their government for centuries. He also says that it is one of the most powerful communication tools he has encountered. Using the Talking Stick ensured that all council members who wished to speak would have their ideas heard and no other member could make their own point, argue, disagree, or even agree until the member holding the stick felt understood. He suggests using the Talking Stick with Habit 5: "Seek First to Understand, Then to be Understood." These words are engraved on the sides of the Talking Stick. In addition to the note, the to-the-point instructions are printed on the bottom of the stick. It is 6.5" tall, and 1.25" diameter. seller willing to accommodate to last minute request. quite nice 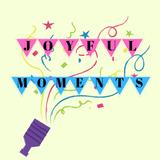 Fast and quick transaction. Thanks!

Earn money with your phone with 10 mins daily just by liking videos!! Can test out yourself and earn $6 for free with no strings attached 😜😜